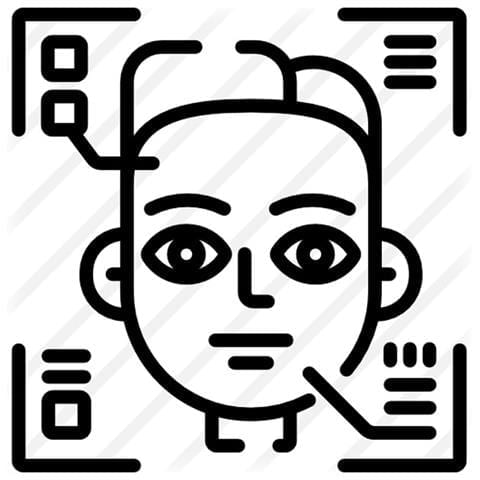 What is facial recognition and how does it work?

One of the things we do here at iBeta is independent biometrics testing and certification. And to do this we often invite the public in for various test efforts and studies. And a question we get on occasion is “What is Facial Recognition?”

Face recognition is a subset of biometrics, Biometrics is the science of using body measurements to verify your identity. It does this by using the unique shape and structure of their anatomy. At its core, facial recognition uses the same principles as other biometric authentication techniques. These can be things like fingerprint scanners and voice recognition.

All face recognition systems capture either a 2D or 3D image of a subject’s face. It then compares key information from that image to a database of known measurements. This data likely comes from pictures of yourself in the case of your cellphone, to people you’ve identified as relatives or friends via an accompanying app for a smart device around your home.

Woodrow “Woody” Bledsoe first developed facial recognition software at a firm called Panoramic Research back in the 1960s using 2D images. Modern face recognition systems though, like the iPhone, work in 3D by projecting non-visible light onto a face and then using sensors to capture the distance of various points of this light from the camera itself.

Beyond iPhones, some phones with Google’s Android operating system like the Google Pixel 2 and the Samsung Galaxy S9 are capable of facial recognition as well, but the technology on Android isn’t yet secure enough to verify mobile payments. The next version of Android is expected to get a more secure facial recognition system closer to Apple’s Face ID, though Samsung did not incorporate any facial recognition into its newest phone, the Galaxy S10, as many industry watchers had expected.

Outside of phones, companies like Facebook have used facial recognition for years to suggest tags for pictures. And other photo applications, such as Google Photos, are getting better and better at doing this too.

The science behind face recognition is certainly exciting! And the tech could lead to a safer and more personal smart technology. Which is why iBeta is proud to assist clients in testing and certifying their biometric applications!