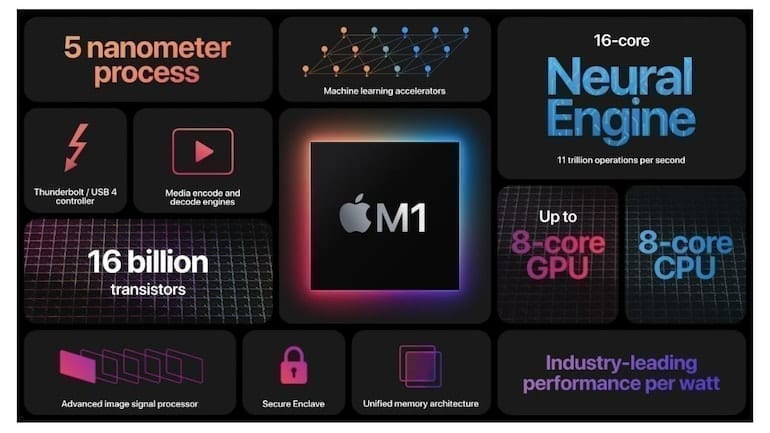 Back in February we discussed the changing CPU landscape that was occurring within the industry. We specifically covered the shift towards ARM-based RISC processors such as Qualcomm’s 8CX, which looked to give desktop-class processing performance in ten watt thermal envelopes.

And in September we had a high-level overview of “Apple Silicon”. This overview was based on what we could see from the Apple Silicon Dev Kits we had available for client development and/or transition testing.

Today we’re happy to announce the availability of the first ARM-based M1 systems from Apple for development and/or transition testing.

The M1 is an interesting SOC built around things like a 4+4 CPU architecture and an 8-core GPU connected to pooled system memory that is shared between all of the processor groups. And in our initial testing it’s just as fast as Apple has been advertising.

What is more interesting though, From a software testing angle, is “Rosetta 2”. Rosetta 2 is the JIT x86 to ARM translation layer used to allow non-optimized code to run on the new architecture. And it works really well.

Perhaps even better than the original PPC to x86 Rosetta, for those of us who were around for that transition.

Now, while Rosetta 2 will allow x86 code to run on the new Macs, and in some cases even faster than native x86 architecture, it’s in everyone’s best interest to compile to native ARM to reap the benefits of the M1’s speed and battery life. The last thing you will want is your app being seen as slow or a battery hog on these new systems that are being marketed for their speed and battery life.

And if you or your team needs help with sussing out any gotchas from the transition, iBeta is ready and able to help you out.